Having been in the building trades for over 31 years, Jay brings a wealth of experience to MainStreet Design Build. He is known throughout the industry for accuracy, a commitment to craftsmanship, and a keen ability to build a job in his head during the design process, foreseeing potential constructability issues.

Jay’s long, respectable career started in high school when he took a job as a laborer for a local home builder. After being exposed to the various building trades, he quickly developed a serious passion for structure, proportion, and geometry. After graduation and working a few years for a carpentry subcontractor, he successfully completed an official apprenticeship qualification to become a journeyman and obtained a builder’s license. Jay soon parlayed his passion and talent into a successful career working for union commercial contractors and trying his hand at bridge-building. He also ran crews across the country on very large multi-million-dollar infrastructure projects as a carpenter foreman and eventually a general foreman overseeing all structural trades.

After a decade of traveling, getting married, and having 2 children, he came back to residential construction, working as a residential rough carpenter foreman building high end, and sometimes very complex, luxury homes.  After 31 years of hard physical labor, he went back to school and earned an AAS in Architecture. Aside from his constant desire to learn and explore new things, this knowledge and experience were exactly what he hoped to bring to a top Design-Build contractor like MainStreet.

When asked what he finds most rewarding in his job, Jay replied “Completing a project with a high level of craftsmanship where the smallest details, often overlooked, are noticed. There is great personal satisfaction in not only building a quality structure with fine finishes but also building relationships with all the people involved in the process; including the client.”

Jay’s long list of certifications throughout his career includes those in rigging, structural welding, inspections (an Inter-NACHI home inspection certification), and most importantly safety.

In his spare time during the winter months, you will find Jay reading, sketching, or relaxing with his wife and kids. In the summer months, he spends the majority of his free time outdoors kayaking, fishing, camping, or relaxing with his family in their backyard oasis. One of his family’s favorite things to do on a Sunday is taking a road trip to nearby towns or a quick trip down a country road looking for interesting natural or fabricated architecture.

One of Jay’s favorite charities is Habitat for Humanity. It’s always a pleasure to give a helping hand rather than just a handout. He likes to look back on some of the projects and neighborhoods that he built together with others. It’s wonderful to see the pride in ownership.  As Jay humbly states, “Building structures isn’t about donning a tool belt or a laptop, it’s about building relationships.” EMPLOYEE OF THE MONTH
AUGUST 2020 EMPLOYEE OF THE MONTH
MARCH 2020 EMPLOYEE OF THE MONTH
JANUARY 2020 EMPLOYEE OF THE MONTH
FEBRUARY 2020 EMPLOYEE OF THE MONTH
NOVEMBER 2020 EMPLOYEE OF THE MONTH
OCTOBER 2020

EMPLOYEE OF THE MONTH
FEBRUARY 2021 EMPLOYEE OF THE MONTH
JULY 2020 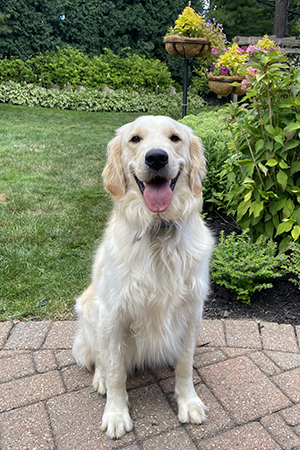 Download our FREE Homeowners’
Remodeling Guide and learn valuable tips
on how to start your remodeling project
and design your new living space. Get our FREE Homeowner’s Guide
and Toolkit: Understanding the
Difference Between Design Build
vs. Design-Bid-Build. Don’t miss out on the next big remodeling
trend in Southeast Oakland County.
Subscribe to our FREE newsletter – great
content, no spam, easy to unsubscribe.